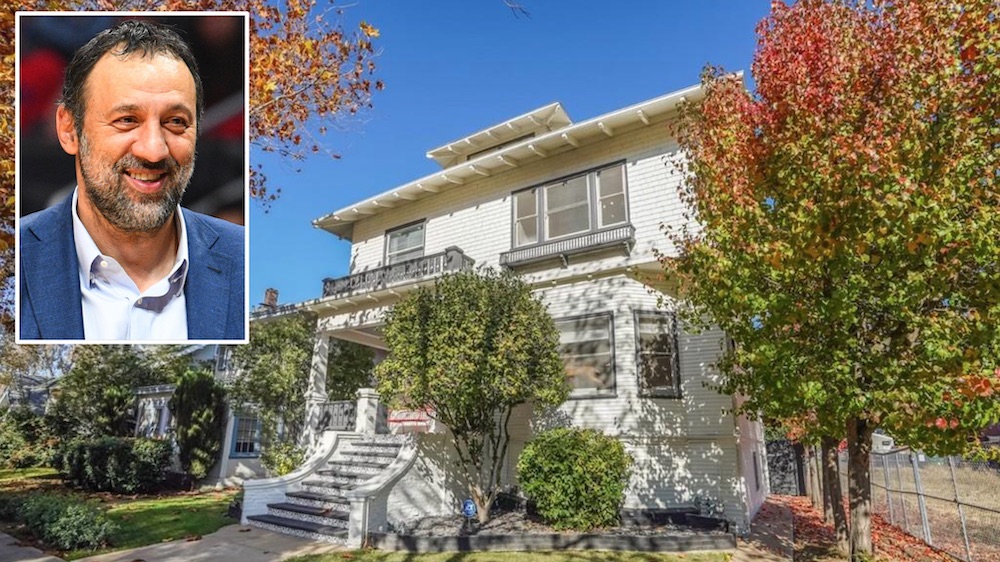 After five seasons in the front office for the NBA’s Sacramento Kings, the former NBA center Vlade Divac was shown the door in August 2020.

Now Divac is divesting his real estate holdings in the capital city. He’s put his downtown Sacramento home on the market for $1.65 million.

Located just blocks away from the Kings’ downtown arena, it’s an awesome option for a buyer looking for a classic home in the middle of an urban setting.

The charming three-bedroom residence offers 3,371 square feet and was built way back in 1900. Since then, the single family abode has been renovated and now features a classic facade with an all-modern interior.

According to the listing, âThe owners have paid attention to period details, while bringing modern functionality and style.â

High ceilings throughout the home offer an airy and spacious feel. The modern kitchen features an island with double ovens, and high-end finishes and appliances.

Upstairs, you’ll find three bedroomsâall bathed in natural light. The home’s basement has a separate entrance and offers a âstudio-type layout and a spacious bathroom.â

Around the rear of the home is a garage, currently configured as a home gym, with a bonus space for meditation or yoga.

A gorgeous, private backyard has an extensive tiled patio area and offers a hot tub ideal for an evening soak.

This luxury home is located about 2 miles from the arena and would be a brisk 35-minute walk to work.

Divac purchased the downtown digs in April 2018 for $910,000 in the middle of his tenure as the general manager of the Kings.

He’s also lived in the neighboring Sacramento County town of Carmichael. In 2016, Carmichael’s Chamber of Commerce named him “Person of the Year.”

Divac, 52, made his NBA debut with the Los Angeles Lakers in 1989, and was a part of the first wave of players to come to the league from the former Yugoslavia. The Serbian 7-footer played for 16 seasons in the NBA and was elected to the Hall of Fame in 2019.